Chrome’s SHA-1 deprecation process provides that SHA-1 signed certificates and certificates which include a SHA-1-based signature as part of the certificate chain (root excluded) will be treated as “secure, but with minor errors” or even “affirmatively insecure” (for certificates that expire on or after 1 January 2017). To avoid issues, end-entity certificates must be updated and their chains enforced to use SHA-2-only certificates. Here the problem lies.

It seems that if a Windows client has a previously saved SHA-1 Intermediate in its local trust-store (“Intermediate Certification Authorities” tab) then the browser uses exactly that one to build the path, even if the server correctly sends the SHA-2-only chain during the connection setup (tests made on Win7 Pro SP1 with Chrome 41.0.2272.118).

Here the SSLLabs results showing the correct SHA-2 chain sent by the server: 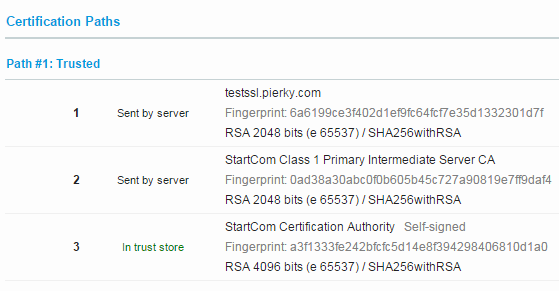 SSLLabs results for testssl.pierky.com (SHA256withRSA for both EE and intermediate)

To prevent this behaviour the CA/B Forum, in Ballot 118, stated that

SHA-2 Subscriber certificates SHOULD NOT chain up to a SHA-1 Subordinate CA Certificate.

Chrome staff is aware of this problem (Issue 473105), an OS-level issue that all consumers of Microsoft’s APIs are restricted to, but they will handle it with a low priority scheduling, since – they say – it’s a problem that can entirely be solved by CAs.

As far as I can see in the aforementioned Chromium issue, it seems that Entrust suffered of a similar problem too, by issuing SHA-2 leaf certificates from mixed intermediate CA.
In the SSLLabs output pasted in the issue’s body the cio.gov leaf certificate seems to have been issued by the SHA-2 signed version of Entrust Certification Authority – L1C (Fingerprint: 7a11f46fb38f42e577279d39c6f2864bbeafaa75), while the user already had the SHA-1 version in his/her local trust-store (Serial Number: 0x4c0e8c39 – 1276021817):

As Ryan Sleevi noted in the post, it seems that Entrust then reissued L1C-chained SHA-2 leaf certificates from the proper SHA-2-only intermediate (Entrust Certification Authority – L1K).

Since the SHA-1 deprecation process led to highlight this problem I hope that everything will be tried by every involved party (Chrome, CA, Microsoft also?) to solve this issue, before that these (valid) certificates would be marked as “affirmatively insecure” and would bring major problems (undermining users trust in PKI and lowering SSL warnings effectiveness included).